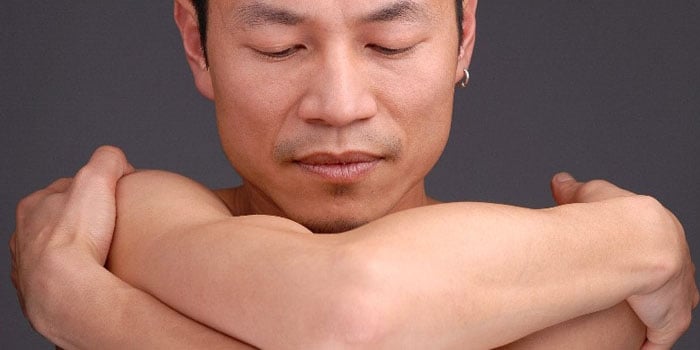 Taiwan-born Kun-Yang Lin, with whom I worked on several occasions during his artistic development as a dancer and choreographer in the United States — including two prior DanceForce projects — has recently established a successful company and movement center in Philadelphia. Lin’s choreography continues to focus on developing Eastern influences within the context of Western contemporary dance. He has a loyal local following, and he has also established relatioships in Indonesia, Taiwan, and other venues in Southeast Asia. The goal of this DanceForce project was to procure for Lin a booking that would enhance his company’s regional experience and portfolio. It would take place over a two-year time span. In the first year, Lin would reconnect with the community and meet potential presenters and community partners through master classes, meetings, workshops, and setting his work on young dancers. The second year would feature a company residency and performance.

The season began with a series of phone conversations between myself, Kun Yang and his Executive Director Ken Metzner in the summer and fall of 2011. Through these discussions, we established his residency schedule and activities in Buffalo, which would be anchored at Nichols School in Buffalo in August 2011. I then initiated contacts with the following stakeholders in Buffalo’s dance community: Professor Melanie Aceto and Dept. Chair Tom Ralabate from the University at Buffalo Department of Theatre and Dance (winter 2011); Professor Joy Guarino and Acting Chair Donn Youngstrom from Buffalo State College Department of Theatre and Dance (spring/summer 2011); Head of Upper School Aranya Maritime and Head of School Rick Bryan from Nichols School (spring 2011); and Angela Hastings from the Elmwood Avenue Festival of the Arts (spring 2011). These contact yielded a commitment to present a performance of Kun Yang’s work at the Elmwood Avenue Festival of the Arts in August 2011 and at Nichols School in December 2011. Interest was shown by Buffalo State College in presenting Kun Yang as part of the Anne Frank Project (www.theannefrankproject.com), an annual conference devoted to exploring issues of social justice and shared humanity. The University at Buffalo also expressed interest in presenting Kun Yang. I invited the above people and other prominent figures in the dance community to Kun Yang’s rehearsals, and to an artist reception I hosted at my home on August 21. I also created a special Facebook page through which I promoted his residency and coordinated schedules.

Kun Yang arrived in Buffalo on Sunday August 14. For the following two weeks, he taught daily class, and conducted daily rehearsals in the creation of a new work on an ensemble of Nichols School dance students in an open setting that allowed for participation by outside participants. On Sunday August 28, the ensemble of 12 dancers performed the work on an outside stage at the Elmwood Avenue Festival of the Arts before a packed crowd of about 500. The group performed the piece again in an assembly for Nichols students, and at the Nichols Dance Ensemble’s winter performance on Saturday December 10 in the Flickinger Theater at Nichols School.

The task remaining was to procure or produce a performance residency for Kun Yang’s company for the 2012-2013 season. We considered presenting him at Nichols School’s Flickinger Theater, a wonderful 450-seat venue for small-to-mid sized dance companies. I would have had to promote the show on my own, however, which would have involved hiring a publicist and other budget items beyond my resources. I concentrated my efforts on getting a booking through one of the two venues in Buffalo that present contemporary dance: Buffalo State College and the University at Buffalo.

Although both institutions seriously considered this prospect, unfortunately in the end both declined. Buffalo State College has largely stopped presenting outside groups. I was hoping that Kun Yang’s work would be considered a good fit with the Anne Frank project, but in the end I could not get them to commit. Some of the University at Buffalo dance faculty were interested in bringing Kun Yang back for a residency, but could not get the department to commit, and the Center for the Arts — the University presenter, separate from the academic department — came close to committing, but in the end opted not to.

NYS DanceForce3 days ago
A new project will be coming to the 171 Cedar Arts Center in Corning. The project was created by Naila Ansari who is an Assistant Professor in Theatre and Africana Studies at SUNY Buffalo State Col...

171 Cedar Arts in Corning holds virtual event, expressing joy through dance
A new project will be coming to the 171 Cedar Arts Center in Corning. The project was created by Naila Ansari who is an Assistant Professor in Theatre and Africana Studies at SUNY Buffalo State Col...
weny.com
View on Facebook

NYS DanceForce3 weeks ago
One-time grants of up to $5,000 for recent unexpected medical, dental, and mental health emergencies experienced by artists in the past six months. The Cycle 7 application is now open and will close on Monday, May 3 for emergencies occurring September 1, 2020 or later.
emergencyfunds@nyfa.org
View on Facebook

NYS DanceForce1 month ago
A Choreographer Who Bridges the Worlds of Dance and Nursing
Devynn Emory online at Danspace Project starting 3/31
https://nyti.ms/31jM762

A Choreographer Who Bridges the Worlds of Dance and Nursing
Devynn Emory’s “deadbird” — a duet for Emory and a mannequin — deals with grief, envisioning “an ideal care team for a body who’s passing.”
nytimes.com
1 1    View on Facebook

NYS DanceForce2 months ago
Opportunity for artists born outside the USA

Missy Pfohl Smith2 months ago
The University of Rochester Institute for the Performing Arts invites YOU to apply, and to share widely with artists, educators and activists from all over the globe. Visit https://www.sas.rochester.edu/PerformingArts/artschangeconf.html for more info and to apply by March 26, 2021.
#ARTspluschange